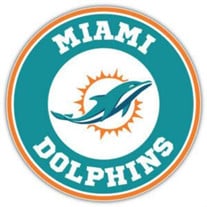 Jerry Wayne Hollinger, age 44, of Grenada, MS died unexpectedly Tuesday, April 20, 2021, at the Grenada Lake Medical Center in Grenada. He was born March 5, 1977, in Jackson, MS to Annaleen, and the late Frank Hollinger. After finishing school, He started his career in the HVAC field which he continued until his passing. He loved to play golf in his spare time, as well as watch the Miami Dolphins play football. Visitation is planned for Saturday, April 24, 2021, in the Gardiner Room at Seven Oaks Funeral Home from 1:00 PM until 3:00 PM. Services will follow at 3:00 PM in the Henry Chapel of Seven Oaks with Bro. Wayne Woods officiating. Jerry is survived by two sons, Tyler Hollinger of Florida, Dylan Hollinger of Oxford, MS; two daughters, Brianna Hollinger of Oxford, MS, Rylee Hollinger of Grenada, MS; his mother, Annaleen Hollinger of Water Valley, MS; and one brother Terry Hollinger (Paige) of Water Valley, MS. Along with his father, Jerry was preceded in death by one son, Jonathan Hollinger. The family would like to extend their deepest gratitude to all of those who helped with Jerry's final expenses.

The family of Jerry Wayne Hollinger created this Life Tributes page to make it easy to share your memories.

Send flowers to the Hollinger family.