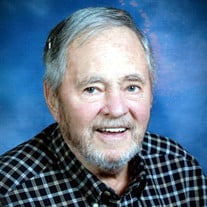 Jimmie Lee Goodwin, age 74, of Water Valley, MS died Friday August 6, 2021, at the Veterans Home. He was born March 16, 1947, in Water Valley, MS to the late James B. and Annette (Rushing) Goodwin. After finishing school, Jimmie proudly served our country in the United States Army during the Vietnam war in a position at the Pentagon. After returning home, Jimmie went to work for Universal Steel for over thirty years. Afterwards he worked in construction until later when he began Goodwin Construction where he eventually retired after fifteen years. He loved his church family at Anchor Baptist where he served by singing a tenor position in the choir. Outside of the church Jimmie sang in the gospel quartet known as the “Kings Four”. When he wasn’t busy with other endeavors, Jimmie loved to listen to gospel music, create beautiful landscaping, and hunt and fish. Visitation is planned for Tuesday, August 10, 2021, in the Gardiner Room at Seven Oaks Funeral Home from 11:00 AM until 1:00 PM. Services will follow immediately at 1:00 PM in the Henry Chapel of Seven Oaks with Bro. Gerald Shook officiating. Burial will be in Anchor Baptist Church Cemetery. Jimmie is survived by one daughter, Melanie White (Michael) of Senatobia, MS; one step-son, Darrell Daniels (Phyllis) of Oxford, MS; one step-daughter, Kimberly Winters of Water Valley, MS; three grandchildren, Micah Faith White, Mitchell White, Michael Lane White; four step-grandchildren, Grant Daniels, Clayton Daniels, John Swayze Daniels, Brandy Traylor; and two nephews, Randy Goodwin and Jason Goodwin (Ashley). Along with his parents, Jimmie was preceded in death by his wife of twenty-five years, Kay Goodwin; and one brother, Ricky Goodwin.

The family of Jimmie Lee Goodwin created this Life Tributes page to make it easy to share your memories.

Send flowers to the Goodwin family.