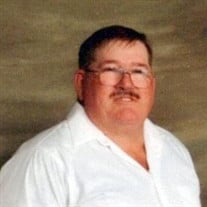 John Thomas Pryor, age 73, of Water Valley departed from this world to be with Jesus on Jesus’ birthday 25 December 2021 at the Regional One Health Fighters Burn Center in Memphis, TN. John was born on 20 September 1948 to the late William Everette and Myrtle Irene Hayles Pryor. John is a graduate of Water Valley High School where he gained accolades as an outstanding football player. As a result of his outstanding performances as a high school football player, he received a scholarship to play football at Northwest MS Community College. In 1969, eager to serve his country during the Vietnam War, he joined the Navy as a Machinist. He served on board the USS SURIBACHI off the coast of Vietnam for 3 years. In 1971, he married Teresa Wells Pryor of Oxford, MS, and together they raised four children. He was honorably discharged in 1972, and then returned to the Navy in 1975 as a machinist and later a Military Police Officer and served until 1977. For many years he worked at Holly Carburetor as a Tool and Die machinist. As with many things in life, opportunity presented itself, and he transitioned to a new job at Smith and Nephews in Memphis, TN around 1992 where he continued to master his craft and skill of Tool and Die. When John wasn’t working, he enjoyed instilling within his children and grandchildren not only to fear and love God but also a passion for the outdoors; hunting, fishing, and exploring all that nature offers, but especially he loved fishing at the Enid Spillway or Yocona River bottom with his grandchildren and children. John is survived by two sisters Brenda Irene Connor and her husband Barney Connor of Oxford, MS and Sylvia Gertrude Pryor Hollingsworth and her husband Jimmy Hollingsworth of Senatobia, MS; three sons: Matthew Pryor of Water Valley, MS, Sam, his wife, Tawny Pryor of Water Valley, MS, and Jacob, his wife, Joanna, Pryor of Wiggins, MS; one daughter Rebecca Lynette Pryor Bumgardner also of Water Valley, MS, in addition to ten grandchildren and four great grandchildren. John is preceded in death by not only his parents but also; two brothers, William Everette Pryor Jr and Bryan Keith Pryor; one sister Rose Pryor Beeler, and one great granddaughter Aurelia Christalise Lealynn Simmons. Visitation is planned for Friday, December 31, 2021, in the Gardiner Room at Seven Oaks Funeral Home from 10:00 AM until 11:00 AM. Services will immediately follow at 11:00 AM in the Henry Chapel of Seven Oaks with Elder James Hall officiating.

John Thomas Pryor, age 73, of Water Valley departed from this world to be with Jesus on Jesus&#8217; birthday 25 December 2021 at the Regional One Health Fighters Burn Center in Memphis, TN. John was born on 20 September 1948 to the late William... View Obituary & Service Information

The family of John Thomas Pryor created this Life Tributes page to make it easy to share your memories.

John Thomas Pryor, age 73, of Water Valley departed from this...

Send flowers to the Pryor family.