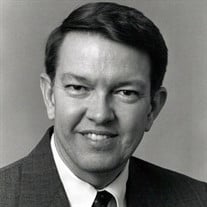 Joseph Ingram Elliott Jr, age 76, of Water Valley, MS died Thursday, July 23, 2020 at Yalobusha County Nursing Home in Water Valley. He was born in Water Valley August 29, 1943 to the late Joseph Sr. and Grace (Mixon) Elliott. Shortly after graduating, Joe started on his life long academic path. After furthering his education in different schools, Joe ultimately received his Masters in Education from Ole Miss. From a young age, Joe loved all kinds of sports, such as golf, basketball, and tennis, which he won the Jr. College State Championship in 1963. Until his retirement in 2012, Joe taught in a number of different schools over the years, focusing on history and physical education. Up to the time his health began to fail, Joe was a faithful member of over forty years at the Methodist Church in Water Valley, where he sang in the choir, and had served on the board. Joe was credited for founding the Watermelon Carnival, which he oversaw for fifteen years until the Junior Auxiliary took it over. Joe also loved Elvis music, which he was called upon to sing in different events due to his knack for sounding just like the King. But above all else, Joe loved and adored his family. Visitation is planned for Tuesday July 28, 2020 in the Gardiner Room at Seven Oaks Funeral Home from 10:00 AM until 12:00 Noon. Services will immediately follow at 12:00 PM in the Henry Chapel of Seven Oaks with Bro. Reed McCaleb officiating. Burial will be in Oak Hill Cemetery with Joey Williams, Wilson Varner, Greg Varner, Ron Griffin, Robbie Griffin, and Ross Ingram. Joe is survived by two daughters, Elaine Varner (Greg) of Oxford, MS, Mary Grace Elliott of Batesville, MS; one brother, Sidney Elliott (Mary) of Memphis, TN; two grandchildren, Brittany Burrell, Wilson Varner; one great-grandchild, Layla Grace Burrell; and the mother of his children, Patsy Elliott Wilder. Joe was preceded in death by both of his parents. Seven Oaks Funeral Home’s number one priority during these unprecedented times, is the health of our staff, our families, our visitors, and our community. With this in mind, we are adhering to guidelines set forth by the CDC, Gov. Tate Reeves, and the Mississippi Department of Health. At this time, we are asking everyone to support the limited gathering and visitation policies mandated by our government officials, which include a maximum of 10 people in the funeral home, or alternate place of service, at one time for visitations and funerals, or 20 people at graveside services. We are also asking everyone to comply with the required social distancing space of six feet, as well as advising against intimate contact such as, hand-shaking, hugging, and kissing. Although it is not presently required, we are encouraging the use of face masks.

The family of Joseph Ingram Elliott Jr. created this Life Tributes page to make it easy to share your memories.

Send flowers to the Elliott family.