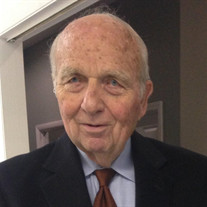 M. B. “Snooky” Williams, 87, of Water Valley, Mississippi, passed away peacefully in his sleep at home on Tuesday evening, November 13, 2018. Snooky was born September 27, 1931, in the same one-story, white, wooden house in Williamsville, Mississippi, where his other six older siblings were born. Their home was located just across the road from the storied Williams Brothers General Store co-founded by Snooky’s father, Brown Williams, where the youngsters all worked. When he turned 17, Snooky enlisted in the National Guard and served with the 31st Infantry Division (Dixie Division), 198th Tank Battalion. After graduating Philadelphia (MS) High School, he attended the Marion Military Institute and then the University of Mississippi. He was active in the Kappa Alpha fraternity and the Reserve Officer Training Corps. At the 1953 Ole Miss graduation ceremonies, he was handed both a college diploma and a military commission as a 2nd Lieutenant in the 3rd Armored Division of the U.S. Army. Snooky rose to the rank of 1st Lieutenant and received an honorable discharge in 1955. He then moved to Water Valley, Mississippi, and, with the munificent aid of his siblings, opened a new Stubbs Department Store with his brother Harold Williams. On one rare weekend break, Snooky traveled to Texas, in 1957 to serve as a groomsman for a longtime friend. At the wedding of Dick and Barbara Hill (Baton Rouge), he met Mary Lou Murphy Lassen of San Angelo, Texas, a widowed mother of two young children serving as one of Barbara’s bridesmaids. Snooky and Mary Lou were married on June 21, 1958, and Water Valley’s population increased by three. They would later add another. Snooky’s various entrepreneurial activities on Water Valley’s Main Street spanned over 50 years and included successful roles as a storekeeper, merchant, hotelier, developer, insurance agent, and bank board chairman, involving businesses such as Stubbs Department Store, People’s Wholesale, Blackmur Hotel, Everett Cock Insurance Agency and the Mechanics Bank. He was active in Rotary International and the Chamber of Commerce. Despite an otherwise ordinary setting and a simple lifestyle, Snooky inexplicably achieved a credible celebrity status that saw him pictured and quoted in various periodicals, ranging from local newspapers to national publications, such as the Oxford Eagle, Clarion-Ledger, Garden & Gun, Atlanta Magazine, National Geographic, and the New York Times. He is inherently and forever linked to the Neshoba County Fair, where his extended family gathers at The Williams Cabin 14 on Founder’s Square each year, and the Thacker Mountain Radio Hour in Oxford, which he and Mary Lou regularly attended and sponsored for years. Snooky was a good talker and listener, a small town Southern gentleman with a sweet and gentle spirit, church-going Baptist, tireless worker, good-natured prankster with a gleam in his eye, adopter of stray dogs, longtime proponent of paying it forward, and a rock-solid family man. He both collected and shared friends. Snooky is preceded in death by his parents, Brown and Kate Williams; his siblings, Brown Williams, Jr., Kermit Williams, Helen Schneller, Janie Pickering, and Harold Williams; and a son, Paul Shelton Lassen. He is survived by his colorful wife of 60 glorious years, Mary Lou Williams; sister Pat Stubbs (96) of Holly Springs; daughter Charmie Lassen Weeks (Barry) of Water Valley; son, M. Binford (“Ben”) Williams, Jr. (Melissa) of Ridgeland; grandchildren, Angela Suzanne Weeks of Glenwood Springs, CO, Paul Erich Lassen of Lincoln Park, MI, Barry Matthew (“Matt”) Weeks (Leighanne) of Mandeville, LA; M. Binford (“Ford”) Williams III of Savannah, GA, Morgan Murphy Williams of University, MS; great-grandchildren, William Walker Weeks and Mary Lassen Weeks; numerous cousins, nieces, nephews, and other kin; and a boatload of friends. Funeral services will be held on Saturday, November 17, 2018 at 11 am at Seven Oaks Funeral Home, Water Valley, Mississippi, with Brother Raymond Aven officiating. The family will receive friends on Friday from 4:30 pm to 6:30 pm, and Saturday from 9:15 am to 11 am at the funeral home. A private family burial will follow the service. Condolences may be sent to the family at http://www.sevenoaksfuneralhome.com. Memorials may be sent to the Thacker Mountain Radio Hour (http://thackermountain.com/donate/).

The family of M.B. "Snooky" Williams created this Life Tributes page to make it easy to share your memories.