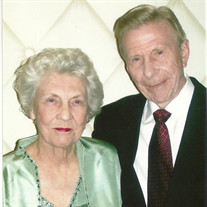 Melvin Ford, age 87, of Water Valley, MS finished his earthly journey Monday, January 11, 2021, at Baptist Memorial Hospital in Oxford, MS. He was born October 14, 1933, in Oakland, MS to the late Roy and Mavourleen (Badley) Ford. After graduating high school, Melvin furthered his education receiving a Bachelor’s degree from Delta State, and a Master’s in education from the University of Mississippi. He then went on to a thirty year career in teaching and administration. After retiring from teaching, Melvin became a banker for eleven years including being the branch manager at The Peoples Bank & Trust. Melvin was a very active member of the First Methodist Church in Water Valley where he served as a Sunday School teacher and a member of the administrative board. He was also very active in the community that he loved serving as a charter member of the Water Valley Ambassadors and former president. He also served in the Rotary Club, as past president of the Lions Club, and past president of the Water Valley Chamber of Commerce. Visitation is planned for Thursday, January 14, 2021, in the Gardiner Room at Seven Oaks Funeral Home from 12:00 Noon until 2:00 PM. Services will follow at 2:00 PM in the Henry Chapel of Seven Oaks with Bro. Reed McCaleb officiating. Burial will be in Oakland Cemetery with Patton Ford, Scott Young, Steele Ford, Lee Ford, Ben Ford, Robby Parsons, Chris Ross, and Eddie MaGee serving as Pallbearers. Honorary pallbearers are Bill Larson, Binne Turnage, Bennie Taylor, Eddie Ray, John Ingram, Bill Taylor, Jack Sartin, C.T. Hand, John Robbinson, Charles Thomas, and Larry Carr. Melvin is survived by one daughter, Margie Ford; one granddaughter, Hannah Cook; and one brother, Marvin Ford, all of Memphis, TN. As well as his parents, Melvin was preceded in death by his wife of 53 years, Cecil Ford; and five brothers, John Ford, Charles Ford, Roy Ford, James Ford, and Raymond Ford. In Lieu of flowers, the family has asked to send any memorials to the First Methodist Church at 603 N Main St, Water Valley, MS 38965.

The family of Melvin Ford created this Life Tributes page to make it easy to share your memories.

Send flowers to the Ford family.