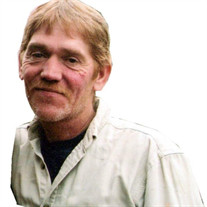 Ralph Allen Griffin, age 58, of Batesville, MS died Thursday, September 2, 2021, at his home surrounded by family and friends. He was born July 21, 1963, in Batesville to Shirley Ann Hurst, and the late Robert Alvin Griffin. Ralph, who started working at an early age, was focused on making his way in the world. It is said he was “all about work”. He started in the construction field and continued this endeavor until he became too ill to work. When he did take time for himself, which wasn’t often, he like working on old cars and reading, especially Louis L’amour western novels. Visitation is planned for Tuesday, September 7, 2021, in the Gardiner Room at Seven Oaks Funeral Home from 11:00 AM until 1:00 PM. Afterwards, the family will travel to Forest Memorial Park in Batesville, MS where a graveside service will be held after arrival. Bro Raymond Aven will officiate. Ralph is survived by his wife, Sandra Griffin of Water Valley, MS; two sons, Brandon Griffin, Bobby Griffin; one daughter, Haley Westerfield, all of Batesville, MS; three step-sons, Christopher Clements of Alexander City, AL, Clifton Clements (Megan) of Batesville, MS, Cory Clements of Walls, MS; two brothers, Robert Griffin (Holly) of Paige, TX, Wade Griffin (Denise) of Batesville, MS; three sisters, Nancy Ivy (Jimmy) of Bruce, MS, Marie Jamison of Palm Beach Gardens, FL, Christie Griffin (Todd) of Batesville, MS; as well as eighteen grandchildren. Ralph was preceded in death by his father Robert Griffin.

The family of Ralph Allen Griffin created this Life Tributes page to make it easy to share your memories.

Send flowers to the Griffin family.