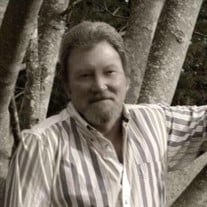 Randall Lee Hollowell, age 63, of Water Valley, MS died Wednesday, January 12, 2022, at Baptist Memorial Hospital in Memphis, TN after an extended illness. He was born April 3, 1958, in Memphis, TN to the late Horace and Emma (Huckaby) Hollowell. After school, Randy served our country overseas in the United States Army in different capacities including as an MP. Afterwards, he worked as an iron worker for G&W Steel in Grenada then transitioning to own his own business putting up steel buildings. He is described as a jokester and very kind hearted. When not working, he loved to hunt, fish and spend time outdoors. Visitation is planned for Monday, January 17, 2022, in the Gardiner Room at Seven Oaks Funeral Home from 12:00 Noon until 2:00 PM. Services will immediately follow at 2:00 PM in the Henry Chapel of Seven Oaks with Bro. Billy Childs officiating. Burial will be in Shiloh Cemetery in Lafayette Springs. Randy is survived by his wife, Cathy Kelly; one son, Jamie Hollowell (Haley) of Tillatoba, MS; one daughter, Amber Hale of Duck Hill, MS; two sisters, Ann Ross of Grenada, MS, Pam Starkey (Kelton) of Dayton, TX; one step-daughter, Catie Kelly; seven grandchildren; and 1 great-grandchild. As well as his parents, Randy was preceded in death by one daughter, Heather Hollowell. Donations towards Randy's final expenses can be made at the funeral home or here: https://fundthefuneral.com/randall-lee-hollowell

The family of Randall Lee Hollowell created this Life Tributes page to make it easy to share your memories.

Send flowers to the Hollowell family.