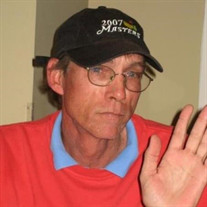 Rex Dean Howell, age 62, died Sunday, January 31, 2021 at his home in Water Valley, MS surrounded by loved ones. He was born March 9, 1958 in Jackson, MS to the late Hershel and Peggy Howell. He grew up in Water Valley, MS and was a graduate of the University of Mississippi where he was a member of the Alpha Tau Omega fraternity. He was the owner and broker at Howell Realty Company, a licensed appraiser, which included being the VA appraiser, the author of the Bodock Times, and a lifelong member of the Yalobusha Country Club. One of his proudest accomplishments was being a member, and former president, of the Yalobusha County Economic Development Foundation which allowed him to create hundreds of jobs for his community. He was passionate about the outdoors and was happiest spending time at the Christmas Place, the Howell family hunting club, surrounded by family and friends. He also enjoyed reading, writing, golfing, and spending his Saturdays in the Grove cheering on the Rebels. Visitation is planned for Wednesday, February 3, 2021, in the Gardiner Room at Seven Oaks Funeral Home from 10:00 AM until 12:00 Noon. Services will follow at 12:00 in the Henry Chapel of Seven Oaks with Bro. Reed McCaleb officiating. Burial will be in Oxford Memorial Cemetery. He is survived by his wife, Denise Brodey Howell; his three children, Sarah Dianne Howell, Spencer Golightly Howell, and Erin Charlotte Howell; his three step-children; Sadie Rebecca Brodey, Alexis Rachel Brodey, and Joshua Asher Brodey; his two granddaughters, Willow and Norah; his siblings, Trent Howell, Paul (Wanda) Howell, James (Debbie) Howell, and Holly (Tim) Turner; and his aunt Maralyn Bullion. He is also survived by a host of other relatives and friends. In addition to his parents, he was preceded in death by his uncle, James Howell; sister-in-law, Shelley Howell; his nephew, Brock Howell; and his beloved dog, Camo. In years to come, his family and friends hope to find comfort by reading his wonderful stories in his blog at the bodocktimes.blogspot.com. Quack, Quack!

Rex Dean Howell, age 62, died Sunday, January 31, 2021 at his home in Water Valley, MS surrounded by loved ones. He was born March 9, 1958 in Jackson, MS to the late Hershel and Peggy Howell. He grew up in Water Valley, MS and was a graduate... View Obituary & Service Information

The family of Rex Dean Howell created this Life Tributes page to make it easy to share your memories.

Send flowers to the Howell family.