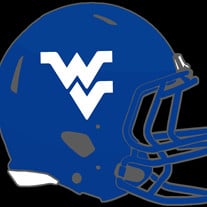 Roger Dale Pryor, age 72, of Water Valley, MS passed from this life Tuesday, December 15, 2020, at Baptist Memorial Hospital in Oxford, MS. He was born March 15, 1948, in Oakland, MS to Carl and Thelma Pryor. After graduating school, Roger went about learning the trade of an electrician, a path that led him to a career from which he retired. He was a genuine people person. After retirement, you could find Roger helping friends and neighbors with projects such as repairing fences. Roger loved hunting, and was a lifetime member of the Haypatch Hunting Club. He was also a huge fan of Water Valley Blue Devil Football. But his family was always first and foremost in his heart. Visitation is planned for Friday, December 18, 2020, in the Gardiner Room at Seven Oaks Funeral Home from 1:00 PM until 2:00 PM. Services will follow at 2:00 PM in the Henry Chapel of Seven Oaks with Bro. Billy Childs officiating. Burial will be in Oak Hill Cemetery. Roger is survived by his wife of eight years, Susie Pryor of Water Valley, MS; one son, Steve Pryor of Tupelo, MS,; one sister, Paula Wiggins of Enid, MS; and numerous nieces and nephews. Along with his parents, Roger was preceded in death by his first wife, Martha Pryor; and one daughter, Sandra Kay Pryor.

The family of Roger Dale Pryor created this Life Tributes page to make it easy to share your memories.

Send flowers to the Pryor family.