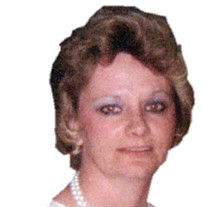 Sharon Dickey Hughes, age 68, of Sardis, MS died unexpectedly Tuesday, March 9, 2021, at Baptist Memorial Hospital in Oxford, MS. She was born February 2, 1953, in Bruce, MS to the late Talmadge and Maye (Howell) Dickey. Before her health precluded her from working, Sharon had worked at the Memphis Airport as a security screener, then after moving to Mississippi she went to work at Emerson Electric in Oxford as well as Borg Warner in Water Valley. Sharon had many things that brought her joy, including playing board games with the kids, gardening, flowers, painting, and crafts. She also loved to cook, and some of her favorites were homemade bread, pizza, and cobbler. But her greatest joy was her family that she adored. Visitation is planned for Friday, March 12, 2021, in the Gardiner Room at Seven Oaks Funeral Home from 5:00 PM until 7:00 PM. Services will begin Saturday, March 13, 2021 at 10:00 AM in the Henry Chapel of Seven Oaks with Rev. Raymond Aven officiating. Burial will be in Driver’s Flat Cemetery in Calhoun County. Sharon is survived by her husband of 47 years, Lonnie Hughes of Sardis; one son, David Hughes (Rhonda) of Water Valley; two daughters, Patty Lott (Richard) of Grenada, Sheila Guzman (Isaias) of Michigan City, MS; eight grandchildren, Mikey, Ashley, William, Mercy, Alyssa, Austin, Destiny, Chase; six great- grandchildren; two sisters, Patsy Spencer (Clyde) of Sardis, and Charlene Jeans of Horn Lake. Including her parents, Sharon was preceded in death by one grandchild, Justin Chambers; and two brothers, Larry Dickey, and Gary Dickey. Donation towards final expenses can be made here: https://fundthefuneral.com/sharon-hughes

The family of Sharon Dickey Hughes created this Life Tributes page to make it easy to share your memories.

Send flowers to the Hughes family.