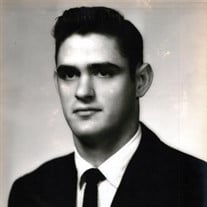 William Mack “Bill“ Atkinson JR, age 83, of Water Valley, MS went to his eternal home Monday, May 16, 2022, at Panola Medical Center in Batesville, MS. He was born June 26, 1938, in Lafayette County, MS to the late William Mack Atkinson, Sr. and Mattie Lou Thorn Atkinson. After attending West Tallahatchie High School in Webb, Bill graduated from Delta State University. After college, he worked for and retired from AFLAC. Even though he graduated from Delta State, Bill was a self-described “Bigtime” fan of Ole Miss sports and Mississippi State women’s basketball. In addition to sports, Bill enjoyed spending time with his family and friends. Visitation is planned for Friday, May 20, 2022, in the Gardiner Room at Seven Oaks Funeral Home from 10:00 AM until 11:00 AM. Services will immediately follow at 11:00 AM in the Henry Chapel of Seven Oaks. Burial will be in Pine Crest Cemetery. Bill is survived by one daughter, Barbara Lynn Kakta; two sisters, Barbara Gentry (Leo) of Damascus OR, Betty Pierce (Mike) of Raleigh, NC; six grandchildren, and 3 great-grandchildren. In addition to his parents, Bill was preceded in death by one daughter, Jeanna Suggs; and one brother, Ira Gene Atkinson.

The family of William Mack "Bill" Atkinson created this Life Tributes page to make it easy to share your memories.

Send flowers to the Atkinson family.